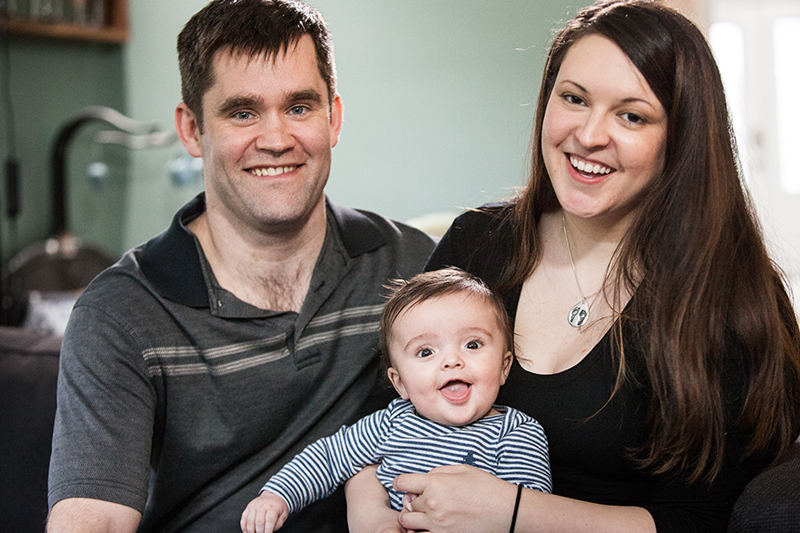 At 24 weeks into her first pregnancy, Beth developed severe complications. Tragically, her daughter was stillborn.

Though reeling from the loss, Beth and her husband Glen felt incredibly grateful for the care they received. Beth left the hospital clutching a memory box close to her chest, which had been caringly created by LHSC staff and volunteers.

In the spring of 2018, Beth was pregnant again. She and Glen quickly reached out to Dr. Robert Gratton, who had managed Beth’s care in 2016.

“He assured us that we could come as often as we needed for appointments and ultrasounds to see how the baby was growing,” Beth says.

But coming and going proved difficult between Kincardine and London – a four-hour return trip – and soon Beth needed closer monitoring. Once again, at 24 weeks, complications arose, and she was admitted to the Antenatal Unit at LHSC’s Victoria Hospital. For the next two months, Beth watched her baby bump grow while lying in her hospital bed. Glen drove down to visit her as often as he could.

Beth was given a reprieve from hospital-living for nearly two weeks when she was deemed well enough to be discharged. But neither Beth nor her care team was comfortable with her being a two-hour drive away from the hospital.

A solution presented itself just in time. Killam Apartment REIT donated an apartment unit in London’s Old South for patients and families of the Women’s Care Program.

“It was a much-needed mental health break after seven weeks of hospital bed rest — it felt like I was staying in a hotel,” Beth says. “It gave me the opportunity to feel like we were a normal couple getting ready to have a baby, but also gave us incredible peace of mind to know that I could get to the hospital within 10 minutes if any of my symptoms returned.”

And return, they did. At 32 weeks, Beth’s blood pressure skyrocketed and she started shaking uncontrollably. She needed to deliver immediately or both she and her baby’s health would be severely compromised. Her care team induced labour and her baby boy Charles was born on October 31, 2018. Born at just over four pounds but healthy and strong, Charles received care in the Neonatal Intensive Care Unit (NICU) while he continued to grow.

Beth was also on the road to recovery after a very challenging labour. Two days after giving birth, she met her son.

“The nurses braided my hair and went out of their way to make the moment special for me,” Beth says of their emotional meeting. One month later, they left the hospital as a family.

For Beth, Glen and little Charles, life is back to normal and they are cherishing every moment of it, while their miniature dachshund Jazz serves as Charles’ fiercest protector. 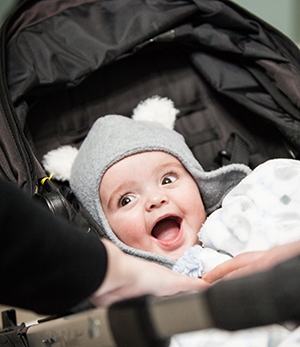 Beth’s family doctor is close by if they have any health concerns, but they’ll never forget their time in London.

“I spent a total of 95 days at LHSC – first as a patient and then helping to care for my son. We both received incredible care every step of our journey and I am grateful to all the donors, staff and volunteers for making our family possible.”