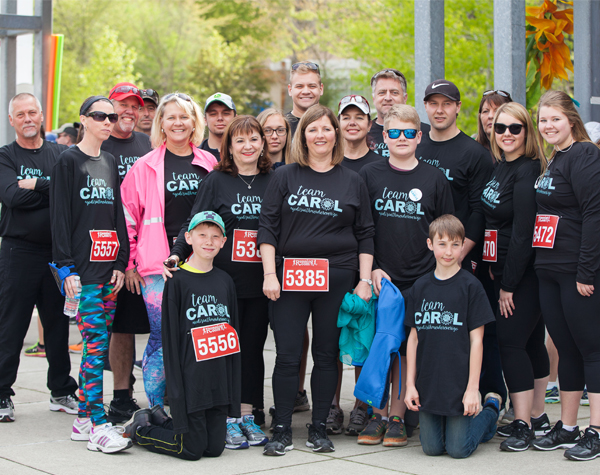 Behind her smiling, bright-eyed, cheerful face is a disease that has deeply affected Carol Regts and her family – ovarian cancer. However with faith, a positive mindset and determination to live her best life, Carol is using her diagnosis as an opportunity to spread the message about early detection and help raise money for research.

In the summer of 2016, Carol began feeling “yucky” all the time. She was lethargic and had no motivation, even to do the things she once loved like volunteering and crafting. She was constantly bloated to the point where her pants no longer fit. When she weighed herself, however, she had lost 12 pounds. This was unusual as she’d always struggled with her weight.

“My tummy just felt awful and I couldn’t explain it. I always felt like I had just eaten a turkey dinner. And then, I started napping twice a day,” said Carol.

Carol loathes doctor appointments and that deterred her from seeking medical advice. In fact, she hadn’t been to her doctor for almost ten years and that was for a sinus infection. Finally after months of not feeling herself, Carol’s three children and husband pushed her to see the family doctor. They were hoping for a quick fix and that she’d be fine for a vacation to celebrate their 25th wedding anniversary.

“They said, ‘It’s probably something stupid. She’ll give you a pill and you’ll be fine for our vacation,’” describes Carol.

Finally in mid-November, Carol summoned the courage to make an appointment. After examining her, the doctor decided to send her for an ultrasound a week later. Within a few hours of the ultrasound, her doctor called to let her know they found a mass. 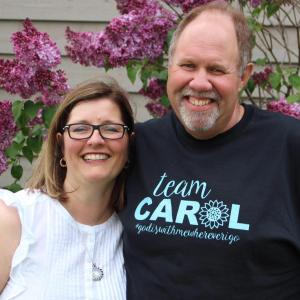 “I got off the phone [with the doctor] and then I cried. I was put together while talking to her. I called my husband at work and he came straight home. I then called my sister and cried,” said Carol.

Carol’s doctor scheduled her for a CT scan which later revealed an abnormality with her ovaries. Those results paired with her symptoms and the mass led Carol’s doctor to believe it was ovarian cancer. A biopsy two weeks later confirmed this.

Carol was diagnosed with low-grade ovarian cancer, which is slow growing and resistant to chemotherapy. Instead, some patients receive a drug called Letrozole which stops estrogen production; the hormone that feeds the cancer. Unfortunately, Carol’s side effects of the drug included arthritis-like pain, fatigue and extreme mood swings – something Carol felt affected her and her family’s quality of life.

“I was on it for seven months. Finally in October 2017, I told my doctor, ‘I know it’s your job to keep me alive, but to be alive or live life, are two different things,’” said Carol.

While the drug had negative side effects, there were positive outcomes – one of them being that Carol began running as a way to deal with the mood swings. This led her to be a first time participant in the Run for Ovarian Cancer event in May 2017 where she raised $16,000 for research.

After participating, Carol and her oldest daughter, Bailey, saw they could make even more of an impact by using their love of volunteering to help organize the event.

“I believe God chose me for this battle knowing I have what it takes to make an impact. That is one of the reasons I joined the executive committee. I want to make a difference,” said Carol. 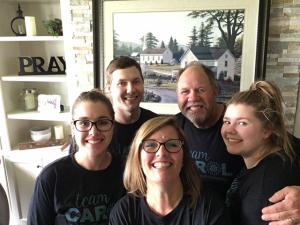 Carol tells her story to anyone willing to listen. She hopes to spread the word about following your instinct and seeking medical advice as well as the need to fund research in order to find better treatment methods, and ultimately a cure.
Carol believes cancer changed her for the better. She is living life to the fullest by travelling the world with her family and spending time doing the things she loves.

“I don’t cry about it anymore. I just live a great life and I’m probably much happier now than I was before,” said Carol.

One way Carol shows her new found zest for life is by regularly posting a daily gratitude on Instagram, #thereisalwayssomethingtobethankfulfor.

Although she still hates going to the doctor, Carol says she wouldn’t change the months following her diagnosis for the world as she’s now making an impact in the world of ovarian cancer.

“Ovarian cancer is known as the silent killer. Well, I am an ovarian cancer survivor but I will not be silent.”