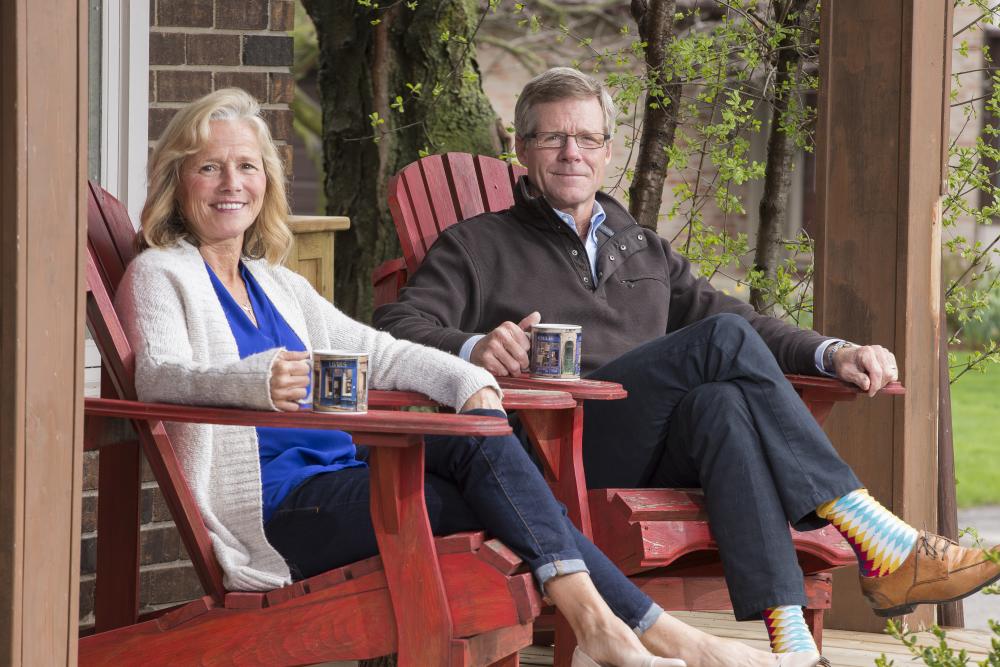 David’s journey with anxiety and depression had begun two years earlier, triggered by significant work stress. He became harder and harder on himself. His relentless anxiety led to difficulty sleeping and unhealthy weight loss, a colleague suggested that he visit his doctor.

“Eventually all I could get was two hours of sleep. I was having panic attacks in the middle of the night,” says David. “I experienced some very dark thoughts.”

He needed to take a leave from work. With the support of his employer and the care and concern of his wife Jane and the rest of his family, David focused on becoming well. He started taking medication and was able to sleep, and by the time he was due to return to work he felt as good as new.

David felt so healthy over the months to come that he wondered if he still needed his medication. He consulted his family physician who worked with David to decrease the doses until he was no longer taking the medication.

Unfortunately, the darkness very quickly returned. “It all started again,” he says. “The sleeplessness, the weight loss, the feelings of dread and of not being good enough – it all came back, and I didn’t have any tools to help me deal with it.”

Soon afterwards, Jane found him curled up on the family room floor. He was incoherent and in distress, so she took him immediately to the Emergency Department and he was admitted to the Hospital. It was a scary time for them both – but this was the beginning of David’s recovery. He spent the next three weeks at Victoria Hospital, resting, restarting his medication, and taking part in cognitive-behavioural therapy and mindfulness programs. These programs form part of the Hospital’s comprehensive treatment approach and are designed to help patients manage their stress and anxiety. The Hospital stay provided David with the support and routine that allowed him to focus on regaining his mental health. Working with his healthcare team and family, he began to make significant progress.

The tools learned at the hospital, combined with medication and therapist visits, allowed David to return home.  He also received further support through an outpatient “Track to Wellness” program provided by LHSC to ensure continued success in managing his mental health.  David now enjoys a full and healthy life and has even become a spokesperson within his company in an effort to help colleagues who may be suffering from mental health difficulties.

“I’ve received such incredible support, and it’s great to be able to help others,” he says. “I’m so thankful for my family, my friends, my work family and my caregivers. They saved my life,” said David, “Mental illness is a silent killer, and so if people can think about it in that context and put their money towards mental health, we are going to have a much healthier population down the road.”

“I remember seeing a bus coming toward me. I imagined stepping out in front of it – it would be so easy to end the pain.”
-- David Renwick