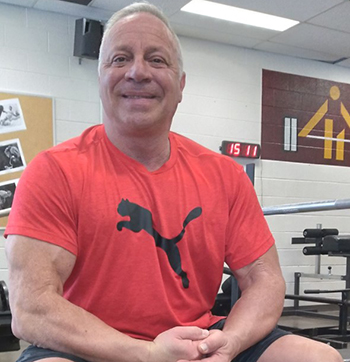 If it isn’t Joey Durand’s solid 224 pounds that first grabs your attention, it’s his seemingly endless supply of energy. Never mind that he’s 62 years old, as a weight trainer and outdoorsman he could leg press your overflowing filing cabinet if you asked him. And when it comes to stories, Joey is boisterous in his retellings.

But despite his jovial, health-conscious attitude, Joey has spent the last fifteen years feeling a bit trapped by his body due to recurring knee trouble. After undergoing a couple scoping procedures and dealing with mild irritation for the better part of that time, his situation finally came to a head.

“My knee kind of just locked up. And then it released, but man was it sore! I could barely walk,” Joey says.

New x-ray scans revealed the extent of damage to the knee, prompting Joey’s physician to refer him to the orthopedic clinic at London Health Sciences Centre (LHSC). Joey was skeptical—he thought it would be months before he’d be seen by anyone. But within two weeks he was called into the Rorabeck Bourne Joint Replacement Clinic at University Hospital (UH), talking to orthopaedic surgeon, Dr. James Howard. 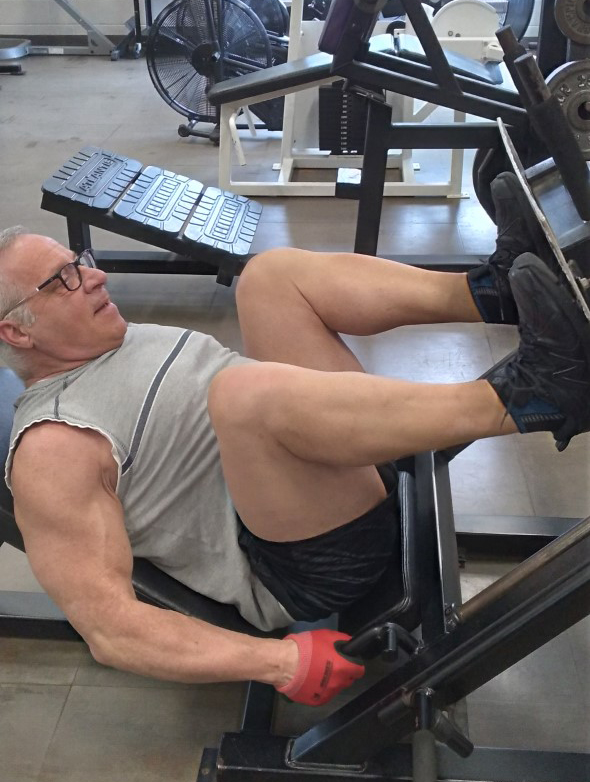 “I don’t know if it’s just me—if I’m lucky or what—but I’ve never had to wait at University Hospital. I got first-class care."

For the next year and a half, Joey visited the clinic every three to four months to receive cortisone shots to his knee. He knew it was just a matter of time before the joint would need replacing. He knew because Dr. Howard reminded him every time he showed up for treatment. Eventually, as predicted, the shots became less and less effective while the pain grew more and more unbearable.

"I finally said, 'Uncle,' and we got it replaced," Joey reflects.

However, it wasn't without setbacks. A few days after being sent home from surgery, Joey's leg had swollen and was hot to the touch, urging him to return to the hospital. Still, you’d be hard-pressed to catch him complaining.

“I don’t know if it’s just me—if I’m lucky or what—but I’ve never had to wait at University Hospital. I got first-class care. I went to x-ray right away, and then to ultrasound. I was given antibiotics to prevent any infection.”

“I sometimes forget I have a knee replacement. It feels like I got my freedom back! ”

Joey admits the hard work came after surgery. “Physio at the hospital put me through the ringer,” he says of rehab. Not someone to shy away from hard work, Joey committed himself to physiotherapy twice a day: riding the bike, using the resistance bands, walking up, walking down, walking side to side.

“I did everything I could think to rehab the knee.”

And it paid off too. By taking an active role in his wellness, Joey has gone from being at the mercy of his knee to being in better shape than he was fifteen years ago. He hasn’t stopped physio, either. Rather, he’s worked it into his daily routine; his continued commitment to himself. And even though Joey doesn’t often dwell on things in the moment, now in retrospect he exclaims, “I sometimes forget I have a knee replacement. It feels like I got my freedom back! ”

Because if Joey learned anything from all his pain and perseverance, it's that it isn't where you start your journey but where you finish it.

Donors play a vital role in helping patients like Joey at LHSC's Orthopaedic Program. Life's always better when you choose to care.