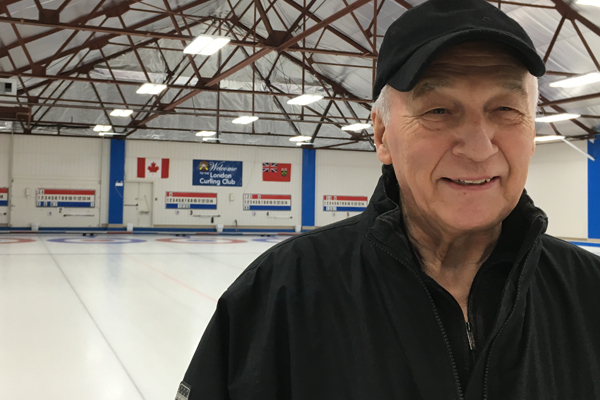 Good friends Dan Gushe and Ken Walmsley not only worked together at 3M, they also shared the same birthday. Sadly, Dan died at age 42 from prostate cancer. For years, Ken, who is an avid curler, pondered a bonspiel that would both honour his friend and make a difference in combatting the disease that took him all too early in life.

On March 4, almost 35 years after Dan's passing, that “Curl for Prostate Cancer” bonspiel took place at the London Curling Club.

It was a total success,” says Ken. “Way above any expectations I might have had at the start of it all.”

With 80 curlers throwing rocks in the tourney, not only was the event fun and competitive - with Chuck Townsend and Paul Pergu skipping their rinks to victory in the first and second draws respectively - Ken believes the real winners are the cancer patients who will benefit from the proceeds.

“The effort and dedication of our committee members was outstanding and the generosity of many silent auction donors and the LCC membership were the reason we were able to contribute to prostate cancer research efforts right here in London,” says Ken.

Almost half the total raised came from a silent auction, more than $7,000 from pledges and donations and the rest from entry fees. Ken’s wife Jean shared an article about the event from the curling club’s newsletter “Rock Talk” with Dan’s widow Ethyle. She, in turn, shared it with her children. They were all overwhelmed with the thought of an event dedicated to their dad. As a result, the family contributed $1,000 of their own.

“Besides fundraising, raising a new awareness of this silent disease throughout our club was a primary objective - because early diagnosis is the best defence,” Ken adds.

Midway through the event, LHSC Radiation Oncologist, Dr. David D’Souza, spoke with the curlers, letting them know about some of the work being done on prostate cancer research and treatment at the hospital including some of the newer, minimally invasive procedures that aim to reduce damage to health tissue while better targeting the cancer itself. Funding from Curl for Prostate will support clinical trials that will measure the effectiveness of these new treatments. 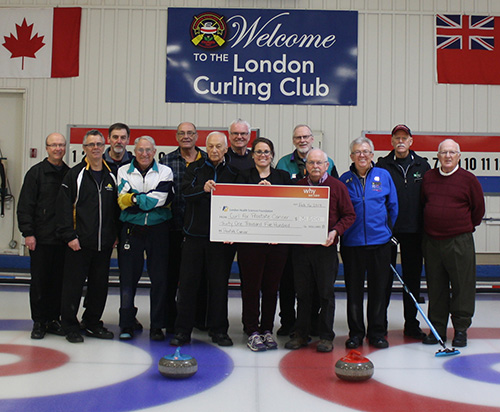