Your Impact on Mental Health Care 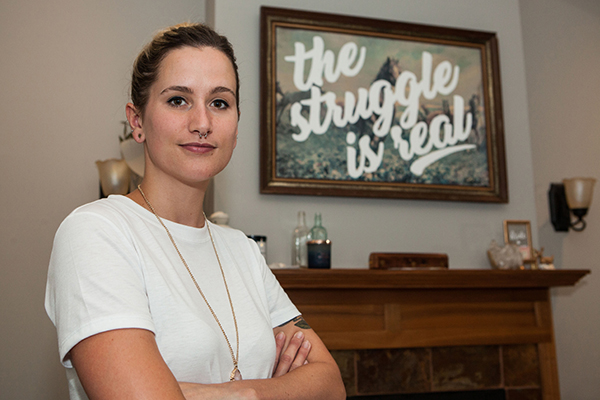 From as young as four years old, Kirstie Leedham, who grew up in Chatham, remembers climbing into the little storage unit underneath her oldest brother’s bed when she was feeling scared or anxious – the cozy nook would bring a sense of comfort and peace.

More than 20 years later, this pastime would answer many significant questions for Kirstie, who would undergo a long and difficult mental health journey before getting to that point.

It began with not being able to get out of bed. She slept all day and all night and missed two months of grade seven. Then, she was overcome with feelings of anger. She couldn’t understand why all her friends were seemingly happy when she felt so helpless.

Her parents took her to a paediatrician who diagnosed her with severe clinical depression and anxiety. Counsellors and medications treated the symptoms but did not get to the root cause of Kirstie's illness. 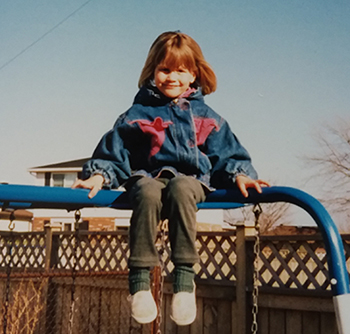 Taking matters into her own hands, Kirstie turned to alcohol and marijuana to self-medicate, which eventually evolved to self-harm through burning and cutting.

“I knew that it was not good or healthy to do, but it made me feel better – it distracted me,” Kirstie says.

In the face of these dark moments, she applied to and was accepted into landscape design at Fanshawe College. Unfortunately, family difficulties would make her college years some of the hardest. She learned that her brother was experiencing his own disturbing symptoms of what would later be diagnosed as schizophrenia, so she and her family took some time to try to support him the best they could.

“I remember during that time when my brother was struggling, I would cry as hard as I possibly could every single day for hours and think that – no matter what happened – I could not be sadder,” Kirstie says.

Kirstie also worried about the health of her mother, who had been in and out of hospitals for years with unknown conditions later discovered to be rare diseases of the central nervous system.

During this time, a friend of Kirstie’s saw her suffering and suggested she make an appointment at London Health Sciences Centre’s First Episode Mood & Anxiety Program (FEMAP). Though Kirstie was nervous to attempt treatment again, she agreed to give it a try.

“I went in and I started filling out the assessment survey,” Kirstie says. “It was like every single question was about me and it was super eerie and comforting.”

From that point forward, Kirstie believed FEMAP might be the first treatment centre that could help her. She felt at ease with her social worker and found the group therapy to be particularly beneficial.

“I didn’t even need to say anything for the first seven weeks or so because the other girls were literally saying what I was thinking and feeling,” she says. “Just the sense of being understood really bridged the gap for me from suffering to healing.” 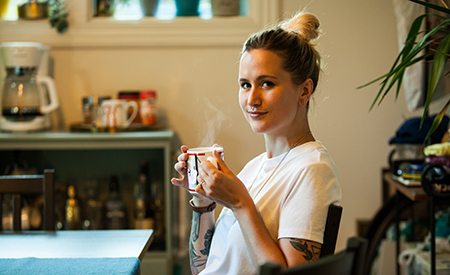 During one of the meetings when they were discussing subconscious behaviours, the group facilitator asked everyone to think about the place they went to when they felt the most upset. Kirstie realized she had been recreating a modern version of that storage space underneath her brother’s bed back when she was four in her current apartment as an adult.

This was the first time she made that connection and it sparked several revelations in Kirstie that helped her move forward with her healing.

“That was a turning point for me when I realized that I’m not crazy, I’m not bad, I’m not lazy, I’m not unfriendly – there’s a scientific reason for everything that makes me who I am right now,” Kirstie says.

Through a lot of therapy and hard work, Kirstie began getting well at a time when support was absolutely critical to facing the tragic loss she would soon experience.

Her mother and brother both passed away from their illnesses within two years of each other.

“Although devastating, it was manageable, whereas I don't know how I could have dealt with it prior to treatment,” says Kirstie.

Wanting to share some of the tools learned through her experience, she created a blog and podcast called Hello Hopeful. She also became involved with London Health Sciences Foundation – sharing her story at community events that raise money for FEMAP.

Kirstie recently celebrated her first wedding anniversary and is pursuing a career that highlights her many creative talents.

When asked how her life would be if she hadn’t gone to FEMAP, Kirstie replies:

“I can't imagine I would have a life. I had tried anything and everything, but I kept getting worse and nothing worked. If FEMAP wasn't the right fit for me, nothing would have been. FEMAP changed my life. It gave me a life worth living.” 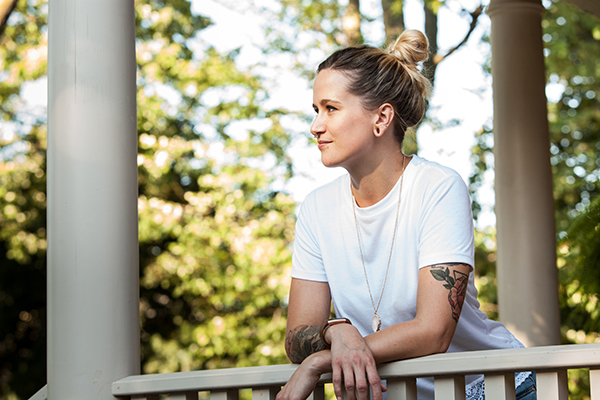