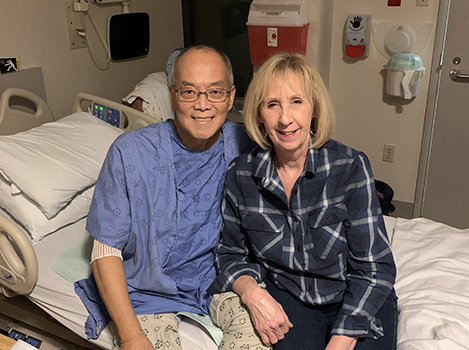 When Peter Chan was diagnosed with lymphoma in October 2019, he would not only be embarking on one of the most important medical journeys of his life, but also one of the most spiritual and enlightening. Apart from the medical professionals he credits with swift thought and measured action, he felt there was more going on behind the scenes—something otherworldly. A subtle, gentle guide leading him along.

“I felt God had a hand in everything that happened to me,” Peter says. And no matter one’s beliefs, there’s little arguing the extraordinary nature of his experience.

As his health quickly deteriorated following his diagnosis, Peter and his partner, Judy, decided the most sensible thing would be for him to move in with her. The very morning after doing so, Peter collapsed and was rushed to Strathroy Hospital by ambulance.

"This was the best-case scenario in the worst situation,” Peter reflects, solemnly. “If I hadn’t moved in with Judy the night before, I would have died in my home. No one would have found me for days.”

To receive the necessary treatment, he was transferred to in-patient cancer care at London Health Sciences Centre (LHSC). In total, Peter suffered three major cardiac events throughout December 2019. But it was the final and most serious of them that left him profoundly altered.

“The pain was indescribable. And it was then that I saw a light.” He pauses for a moment before continuing. “And I heard a voice say, ‘Peter, if you walk this way, your pain will be gone. You will be comforted.’ But I said, ‘No.’ I was going to fight.”

And fight he did. After being stabilized, his perspective on life had completely changed. Health, he says, was the most important thing. To that end, he made the effort three times a day, every day, to get up and get his steps in, pushing himself a little further each time. At just over 70 years old, Peter quickly became known around the ward as The Walker. As a ballroom dancer, having the ground moving beneath his feet filled him with purpose and determination.

“My mantra is, if you want somebody to help you, you need to help yourself,” he says, plainly. 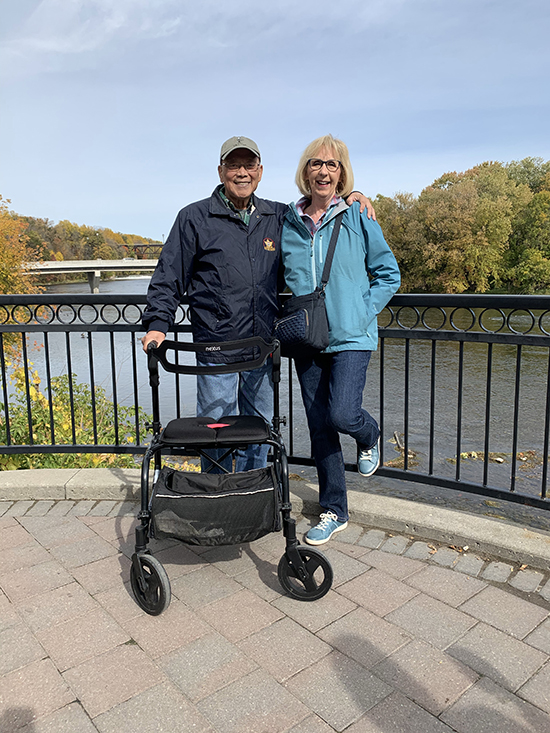 More than anything, though, Peter is grateful for everyone who played a part in his care at LHSC. From physicians like Dr. Lam and Dr. Velker, to the nurses, food service workers and porters who couldn’t do enough to make him feel comfortable. Peter thinks of the compassion and patience he witnessed while receiving treatment and he admits to feeling somewhat speechless.

Talking to him now, with his cancer in remission, one can practically hear the glimmer in his eyes reflected in his words. A precious recognition of the here and now of things—how sweating the small stuff feeds into and prolongs suffering. But by stepping back and taking a more encompassing view, life suddenly becomes a beautiful waltz to the music of time.