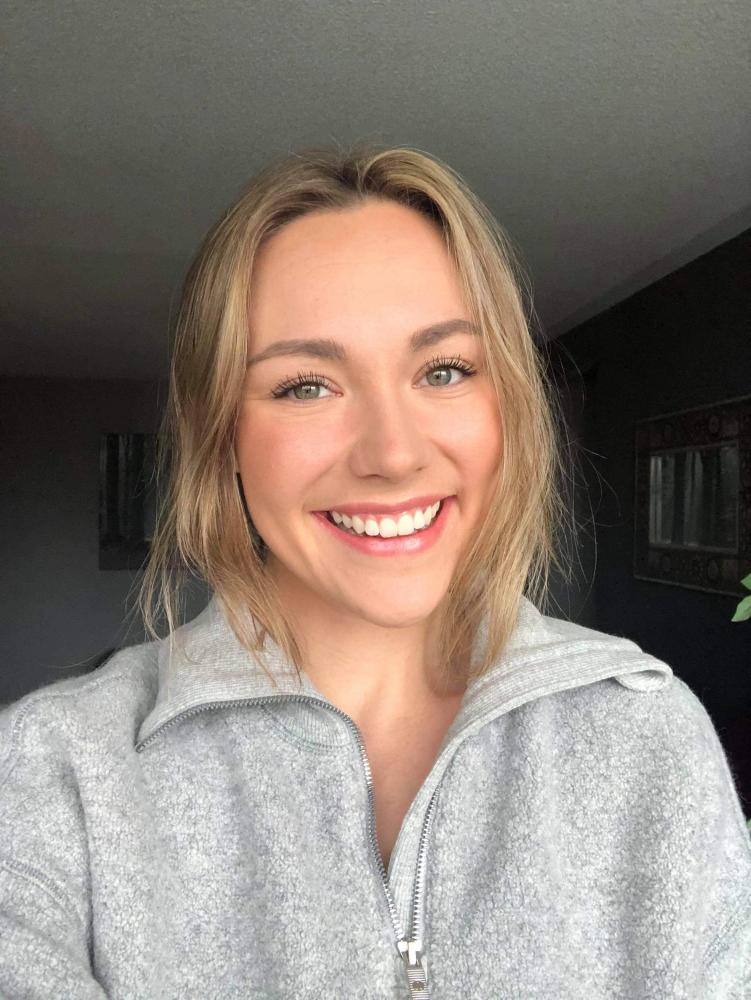 Sidney Robertson knows what it is to struggle with mental health. She also knows the power of sharing her story with others.

One October day during her grade 11 year, a vicious act of domestic violence left Sidney and her family reeling with shock, confusion, and long-lasting mental trauma. With events unfolding at such a rapid pace, Sidney didn’t immediately recognize the impact her situation was having on her. Between speaking with authorities and visiting the hospital, Sidney did her best to remain involved in school and her community. At the time, those came as welcomed distractions.

But even though she hadn’t been physically harmed herself, Sidney was suffering, albeit silently. In her first year of university, she began withdrawing from social situations as depression and anxiety started to take hold. By second year, she no longer felt like herself.

It wasn’t until Sidney attended a fashion show at King’s University that things suddenly clicked, when a past patient of the First Episode Mood & Anxiety Program (FEMAP) spoke candidly of her struggles with mental illness. “Even though I knew there was a problem, I didn’t know where to go for help,” Sidney recalls. “I was also too ashamed or embarrassed to talk about it with my family or friends.” But after hearing someone else’s story and finding a shared connection, she finally had the direction and motivation she needed.

“Had I not accessed the services at FEMAP I truly think I wouldn’t be where I am today,” Sidney reflects. “I knew that if I kept waiting, you know, it would be something that I would have to deal with when I was 30, when I was 40, when I was 50. I didn’t want to carry that baggage around for that long.”

The first program of its kind in Canada, FEMAP promotes barrier-free services, meaning treatment comes at no cost to patients, nor does it require a doctor’s referral. With wait times for appropriate services doubling in the past two years, FEMAP is overcoming a major hurdle in the assessment, treatment, and prevention of mental illness.

Today, Sidney hopes her own story of addressing trauma will inspire others to seek help in reducing their risk of developing severe and persistent mental illness. “I think it’s really important for donors to understand that making an investment in FEMAP is investing in longevity and an individual’s mental health journey,” she explains. Sidney also acknowledges that while her journey may not be over, she now has the tools to be able to recognize symptoms faster and engage in mindful coping strategies.

Sustained attention followed by dedicated action will further help break down the wall of stigmatization that surrounds mental illness. Sidney knows it's not easy to lean on others for support, but it's important "because it's just going to get harder the longer you wait." And when it comes to psychological well-being, every second counts.