Your Impact on Orthopaedic Care 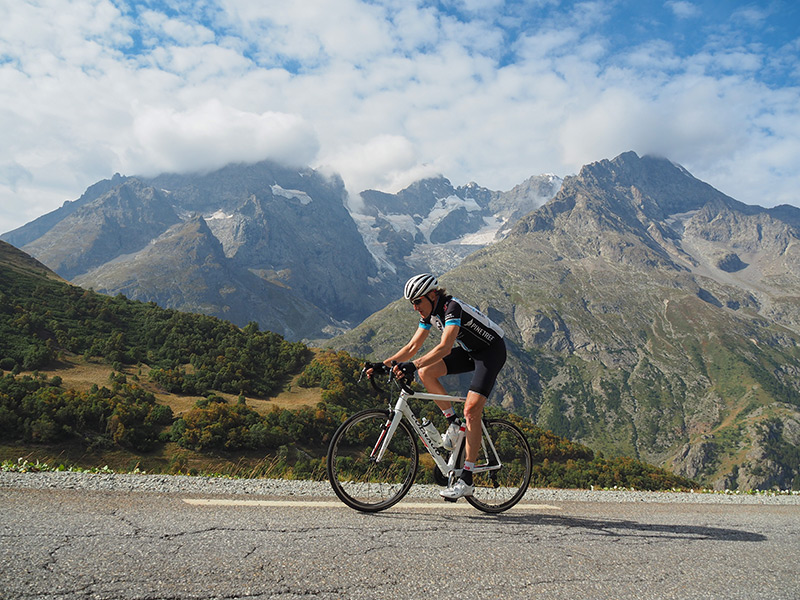 At age 56, Ted Velikonja is definitely not a spectator on the sidelines. He’s an active cyclist who can boast riding seven of the most challenging cycling routes in the world including the Tour de France. However, Ted would not have successfully completed his goal if it wasn’t for the orthopaedic care found at London Health Sciences Centre (LHSC).

When he was 45, after a ski accident led to treatment and physiotherapy at LHSC’s Fowler Kennedy Sport Medicine Clinic, Ted was determined to keep his newly healed body active and fit. He began running, then cross training with cycling and swimming. Those activities led him to competitive triathlons and duathlons (running and cycling). He finished in the top ten in his age group at the world duathlon championships in Newfoundland in 2006.

To celebrate his achievement, Ted indulged in a cycling tour of Italy in May 2007 organized by Canadian Olympic and pro cyclist Steve Bauer.

“One night one of the people on the trip mentioned how he had climbed the “Seven Summits”, the highest mountain on each continent,” Ted recalls. “I thought – that‘s cool to have a goal and to accomplish it.”

Ted asked the pros if there were seven rides he could accomplish that would have a similar challenging quality.

They came up with tracing the routes of three European Grand Tour Races, two challenging mountainous routes in Europe, and two seven-day routes in the United States.

Ted started with the Tour of California and the next year Tour de Suisse, the Tour de France in year three and the year after, the Giro d’Italia. During that time, Ted was averaging 15,000 kms on his bike each year.

He came out of these taxing rides relatively unscathed, eager for the next. But despite only two minor accidents while riding challenging terrain overseas – Ted’s most serious spill happened right in his London, Ontario driveway in September 2013.

“I was finishing a training ride. My 20th anniversary was coming up and I had planned a trip with my wife. We were leaving in two days. I was thinking, “finish the ride, box the bike, get ready for the trip…

I had a hand on the brake and was turning off the computer. When I checked it afterward, the computer file on the bike showed I crashed at about 34 km/h.

The driveway had been resurfaced and sealed. As I was cycling home it was drizzling. Between the sealed driveway and the wet, the driveway was like a rink. I had no idea that it was like ice until I hit the driveway, the wheels slid out from under me and I slammed down to the ground - directly on my left hip.”

Ted couldn’t get up. He had to call on his cell phone into the house for his wife and their son to come out, get him into the car for a drive to LHSC’s University Hospital where Orthopaedic Surgeon Dr. Doug Naudie took charge.

The break was very serious. The femur head on Ted's left leg had sheared off and was displaced. In such an injury, even if realigned and reattached with surgical screws, the femur head could die if the blood flow is not adequately restored, or if complications arise – which could occur up to two years after a surgical repair.

Sometimes the best option is to replace the femur head with a metal implant. While allowing the patient to remain mobile, it limits the physical strain that can be placed on a joint, especially through athletic activity.

“I appreciate the fact that, after listening to me, they understood that I still wanted to ride my bike – I hadn’t finished my seven tours yet,’ says Ted. “Based on my age, because I was active and fit and that I wanted to carry on, they decided to repair rather than replace the hip.”

“How fortunate that I was in London - what would have happened if this injury had of occurred in another country?”  Ted asks. “I get injured here, and several kilometres away in the hospital, a world-class surgeon is there ready to perform the operation and make a decision that’s right for me.”

Ted’s recovery was long. Two and a half months of bed rest, and then follow-ups every three months for two years following the surgery.

“Dr. Naudie was very good in telling me exactly how much I could do, and whether there were any restrictions,” says Ted, “Eventually there were no restrictions and I could run and cycle again.”

Less than one year after the injury, Ted rode the La Vuelta race route in Spain, followed by the US Pro Challenge in Colorado and the Pan-Europe tour Hannibal’s Trail in the next two years. He had the screws removed from his fully healed hip in November 2016.

Grateful for his care and recovery, Ted contacted London Health Sciences Foundation to make a gift towards Dr. Naudie’s research in arthroplasty – the practice of repairing and replacing joints – so that other lives could be transformed by state-of-the-art orthopaedic care.

“The surgery was life changing – because life didn’t change – I want to cycle as long as I can,” says Ted. “I want to be like those older European guys cycling up mountains in their 70’s and 80’s. It all could have ended….but it didn’t.” 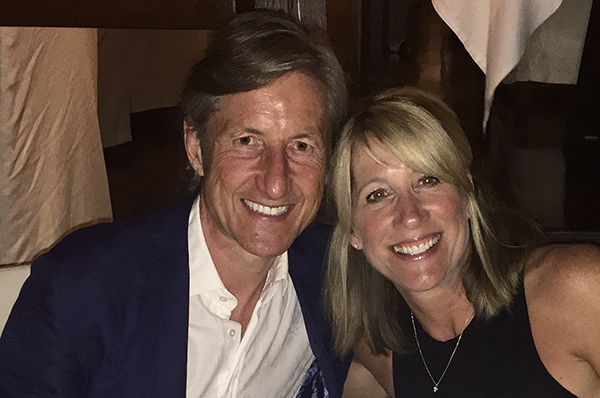 ​
Ted Velikonja and his wife Carolynn