Understanding the language of breast cancer through translational research 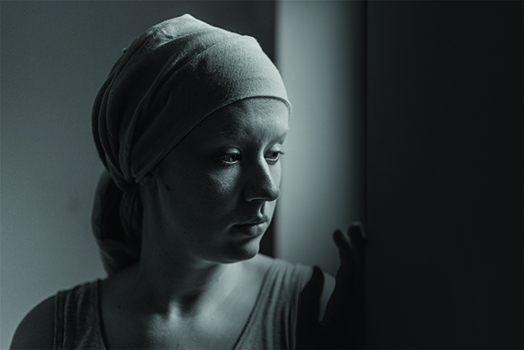 For anyone, a cancer diagnosis is a devastating revelation. The mind reels as one’s mortality is suddenly thrust into the spotlight sooner than anticipated. More disheartening still must be the moment someone learns of its return after a months- or years-long battle. But with the help of a highly specialized team of researchers, London Health Sciences Centre (LHSC) is spearheading novel studies to better understand the various intricacies of breast cancer.

As a city well-recognized for the role it plays in breast cancer research, London sits on the world stage as a centre of excellence relating to metastasis: the spread of cancer away from its original site. And while breast cancer is generally known for having better outcomes, this is only true if it remains localized.

“About 25% of patients with breast cancer will develop metastatic disease, and metastasis is the main cause of cancer death,” says Dr. Alison Allan, Director of the Breast Cancer Society of Canada Translational Research Unit at LHSC. “Metastasis is really the big unsolved problem when it comes to breast cancer, and London has maintained that as an important area of focus.”

In the last several years, the Breast Cancer Society of Canada (BCSC) has been making a concerted effort to identify and fund centres across the country breaking new ground in the field. To this end, the BCSC recently made a $2.5 million commitment, further solidifying its two-decade-long support of breast cancer research in London. Accompanying this pledge, the research unit was renamed the Breast Cancer Society of Canada Translational Research Unit at the London Regional Cancer Program (LRCP).

As a multidisciplinary team effort, translational research is all about supporting one another towards a common goal. One such collaboration pertains to the cutting-edge research led by Braeden Medeiros, PhD graduate student at Western University, who is examining how and why certain breast cancer cells travel to the lung, where survival rates drop dramatically.

“In the first aspect of my project published last year, we showed how the lung develops a supportive environment allowing cancer cells to travel from the breast to the lung,” says Medeiros. “We wanted to determine why this is happening and finally, to prevent it.”

The initial study, partially funded by donors, showed how particles known as extracellular vesicles can travel from the primary tumour to the secondary site, acting as a sort of communicator to help cultivate an environment for additional cancer growth in the lung. However, this environment only develops based on particular sub-types of breast cancer. With this in mind, Medeiros and the BCSC Translational Research Unit are now in the process of trying to cut off communication from tumour to lung, and so far, things appear promising.

“We’ve taken an FDA approved drug and shown how it’s able to prevent this communication, thereby reducing instances of lung metastasis,” he says.

Apart from the work being done with metastasis, Dr. Ana Lohmann, clinician researcher at LHSC, is studying late recurrence: cancer that returns after more than 5 years in remission. “If we can identify patients at risk of late recurrence using a specialized ‘liquid biopsy’ blood test as a means of prediction, we can potentially offer treatment before metastasis become clinically identified,” Dr. Lohmann says.

Currently, there are no specific blood tests available capable of identifying women who are at high risk of late recurrence. Recruiting patients from around the continent, this Late Recurrence Study has become the epitome of collaboration, garnering international attention with coordination from the Canadian Cancer Trials Group.

Dr. Lohmann is also leading a multicentre study in Ontario and Quebec to diagnose breast cancer recurrence using less invasive tools. When physicians suspect there are recurrences, a tissue biopsy is performed to confirm—an invasive, time-consuming process. Dr. Lohmann and team want to streamline detection using a single blood draw for a liquid biopsy to identify cancer cells or pieces of tumor DNA in the bloodstream.

To solve difficult problems in the clinic, you need to have the people in place willing to think outside of the box. Thanks to our donors, who are able to see the value in supporting these types of initiatives, researchers can drive translation to the clinic, making progress much faster. By not only preventing the disease from communicating its way through the body, but also improving efficiencies in prediction methods, LHSC’s BCSC Translational Research Unit is aiming to stop breast cancer fast in its tracks.