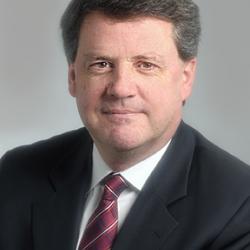 An experienced fundraiser at the volunteer, board, and professional levels, John is a leader with a diverse background and proven track record of success in relationship building, major campaigns and executive management. Prior to joining LHSF in 2010 as Vice President, Development, John was Vice President, Advancement at Acadia University and a Senior Development Officer at Queen's University.

John is currently leading the largest hospital campaign ever in southwestern Ontario, the $200 million "Why" campaign in support of key programs at London Health Sciences Centre.