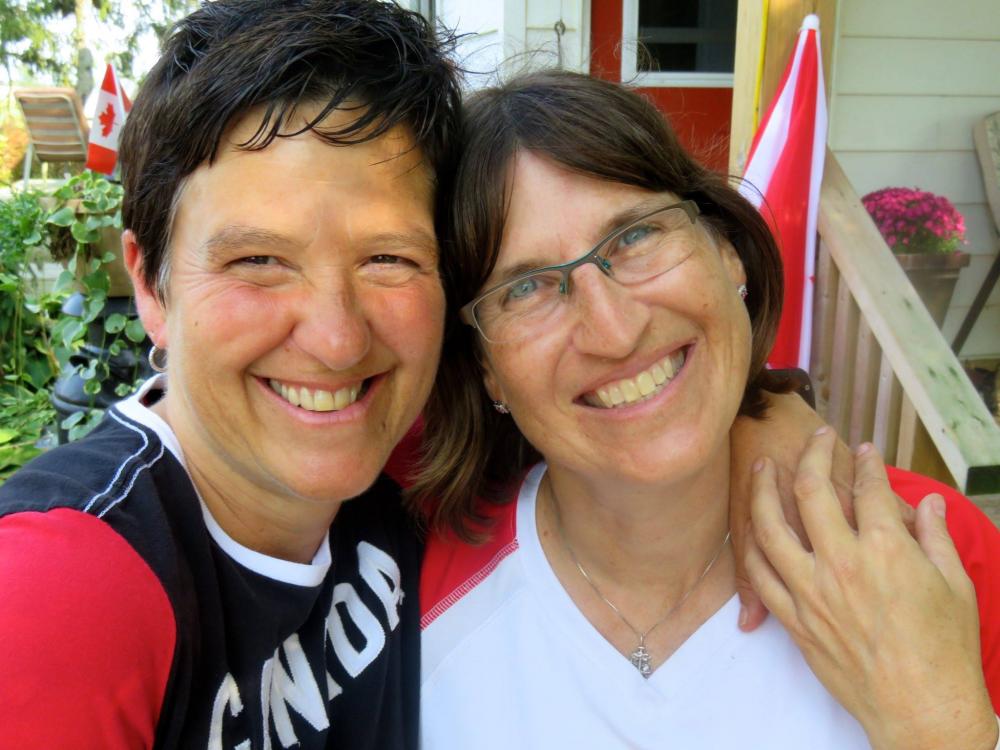 Linda Kuska and Tracy Sexton have a few things in common: they are both mothers, they work in health care, and they are both breast cancer survivors. For the last five years, Linda and Tracy have been sitting beside each other for four hours every week as paddling partners on the Rowbust dragon boat rowing team and have become close friends.

Linda:
In May of 1999, Linda Kuska was working as a registered nurse at LHSC’s former South Street Hospital. She was a young mother with no family history of breast cancer, and yet she noticed a small lump in her breast. After further tests, her doctor confirmed that she had breast cancer, but luckily they had caught it early. Linda continued working while undergoing radiation treatments, and remembers how it felt to be a patient.

“You’re used to looking after people; you’re not used to being looked after,’ she says.  “The staff was absolutely amazing. They changed my times around so I could still work. Everyone was so caring. We are so lucky to live in this city and have access to this kind of medical treatment.”

It was after her treatments that Linda read an article in the newspaper about Dr. Annette Richard, a family physician in London who wanted to start a dragon boat team in London for breast cancer survivors. Linda has now been a member of the Rowbust team for 20 years, and is one of the team’s original members. Rowbust is a nationally ranked Dragon Boat team that has won nine national titles, and three world titles.

Rowbust has had a significant impact on Linda’s life. “To be able to be healthy and fit after the diagnosis of cancer is the best feeling in the world,” she says.

Tracy:
Dr. Tracy Sexton is currently working as a radiation oncologist at the London Regional Cancer Program (LRCP). Dr. Sexton was in the fourth year of her oncology residency at Schulich School of Medicine and Dentistry when she felt a lump on her breast.

“It was a little different for me, being a doctor,” Tracy says. “But it does turn your world upside down – it doesn’t matter who you are or how much you know. Everything stops.”

Dr. Sexton continued her residency while going through chemotherapy treatments, and decided to have a double mastectomy. Despite this, she was able to complete her residency on time in 2007, and was then offered a position as a staff radiation oncologist at LRCP to treat breast cancer.

“I didn’t just go through [cancer] and then I’m done. Breast cancer is in my face every day. I think it’s made me a much better doctor.”

Dr. Sexton joined Rowbust in the fall of 2010, and says it is one of the best things that has ever happened to her. She is the healthiest she’s ever been, has travelled all over the world with the team, and has found a group that truly understands her.
“I can’t talk about my diagnosis with coworkers because they are fellow physicians, and you can’t talk to your friends because it’s different when you’re a doctor,” she says. “But when I’m with Rowbust, I’m just Tracy.” 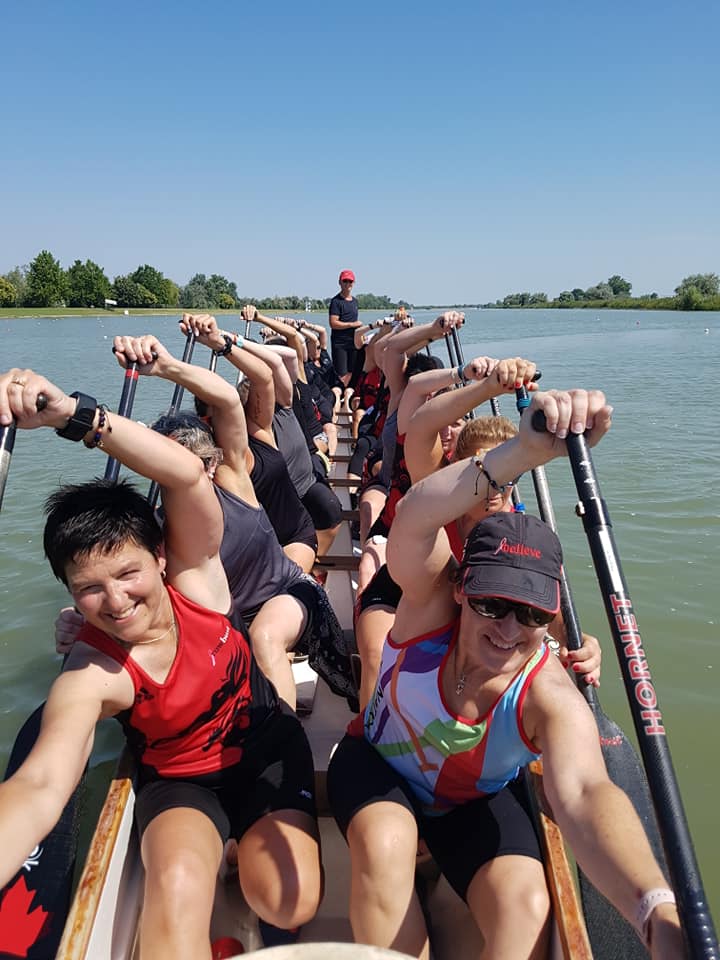 “All of us have been treated at the cancer clinic,” Linda says. “Our local community has been so good to us, and we wanted to give back.”

For more information on the Fanshawe Dragon Boat Festival, and how to join, please go to: www.fanshawedragonboatfestival.com