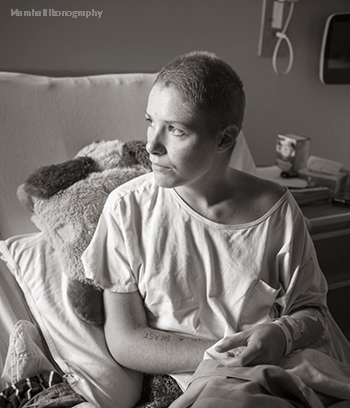 Six years ago, Emily Marshall began noticing a pain in her right arm. An avid rugby player with a black belt in Taekwondo, she was familiar with muscle aches and sprains—this was different. X-Rays came back inconclusive. Physiotherapy didn’t seem to help, either.

“All my friends started to notice how I had this arm that was sore all the time,” Emily says. “I was dropping things and losing function in it.”

Eventually, the pain grew unbearable and she found herself in the Emergency Department at London Health Sciences Centre (LHSC). She was in tears not only from the discomfort, but also from frustration. She wanted answers. Determined to get them, Emily advocated for herself and pushed for more X-Rays. That’s when doctors saw it.

A biopsy confirmed it was Ewing sarcoma, a rare form of cancer that typically presents in younger individuals during puberty. According to her physician, Emily’s pain was a result of the tumor having broken out of her humerus and wrapping itself around nerves, fascia, and other tissue. Within a week, she was admitted for chemotherapy to begin treatment.

At the time, Emily was 21 years old. And despite having a strong support system, she still felt something was missing. So, after completing her first round of chemotherapy, Emily drove to a farm outside of town where she met her most loyal caregiver, Jax. A mix between a puggle and a border collie, the two were nearly inseparable from the moment he started gnawing on her shoe.

“I always say I was carried through cancer on the back of a dog,” she says with a smile in her voice.

But Emily’s fight with cancer didn’t end in 2014. After treatment proved to be a success, Emily returned to the ER in 2020 with severe chest pain. To everyone’s surprise, the Ewing sarcoma had returned and was creeping towards her heart. Again, chemotherapy was required to shrink the mass down, followed by surgery to remove it. 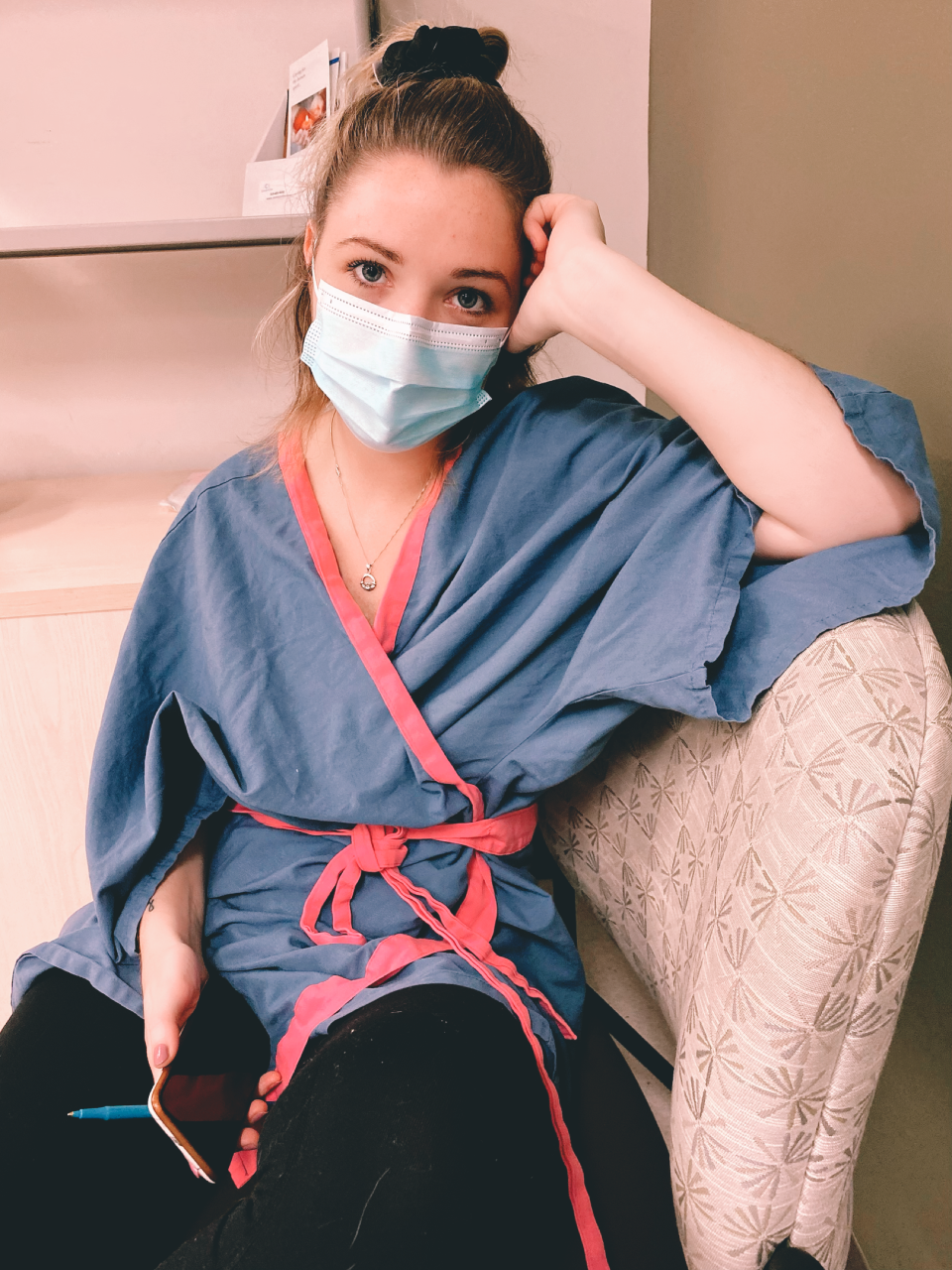 Unfortunately, Jax recently passed away and Emily admits to feeling a little lost. His unwavering loyalty and companionship were a constant source of strength for her. He made Emily realize how essential support networks are to recovery. However, as a young woman diagnosed with cancer, Emily remembers not being aware of the help available to her.

“As someone with cancer, your focus is on surviving most of the time. Getting through each day can be a real challenge, so you’re not always in the frame of mind or even have the energy to research different types of support.”

Still, she wants others to know they’re not alone. Relief services like the Gene Goodreau Patient Assistance Fund are designed to reduce the financial burden that can come with cancer treatment. From providing wigs and prostheses to transportation and child care, patient assistance funds can make a world of difference.

Emily feels communication is key because everyone’s experience is different. “You need to be the best advocate for yourself that you can be,” she says. “I think there’s a lack of awareness of the supports out there, especially for younger patients.” 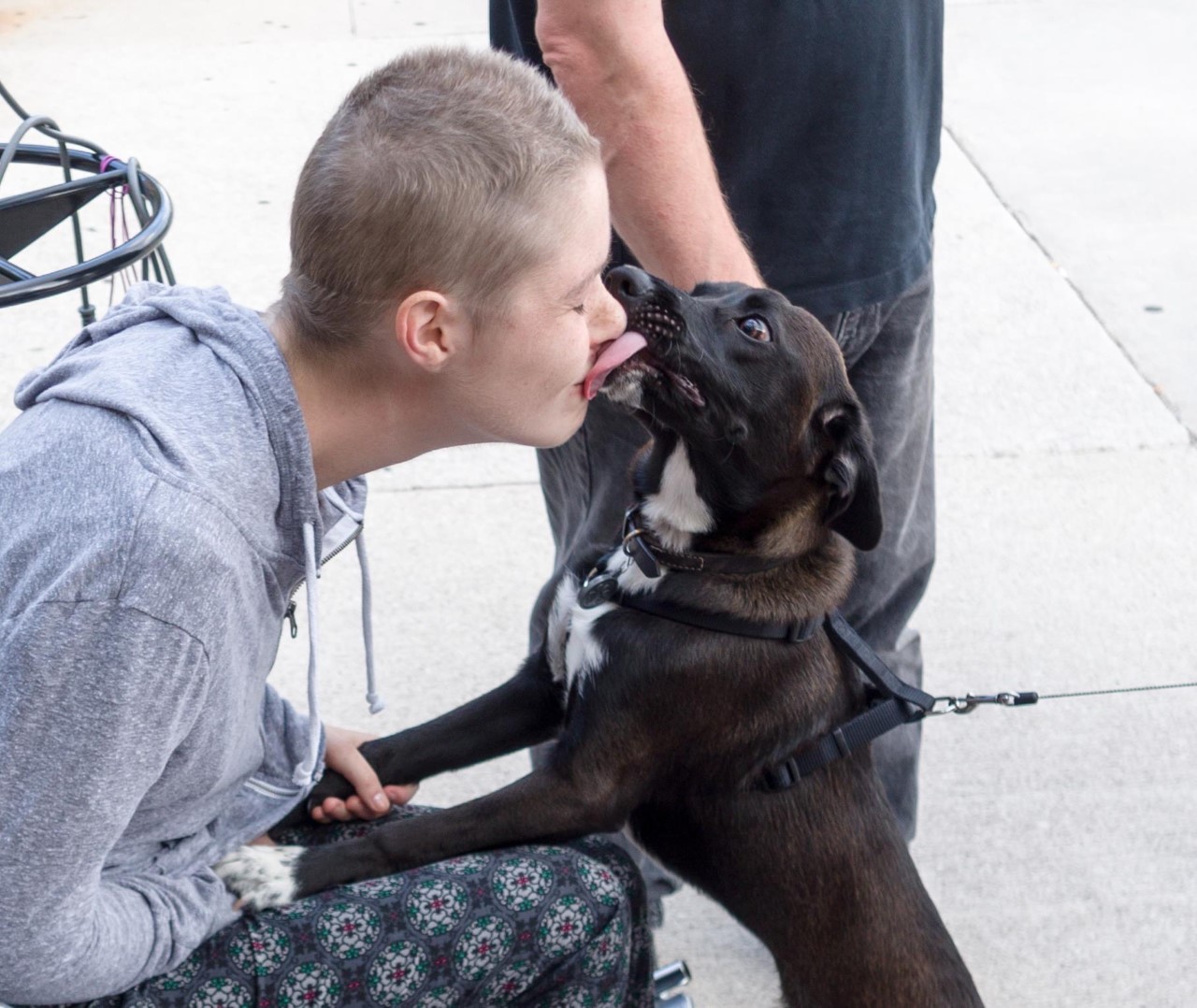 While Jax isn't able to continue Emily’s journey with her, she holds his memory close. Memories of licking away her tears; of hospital visits and nights beside the toilet giving her the will to push through.

“He was the best support. He was with me every step of the way.”

And in many ways, he still is.