Jason Supports A Need That Hits Close to Home 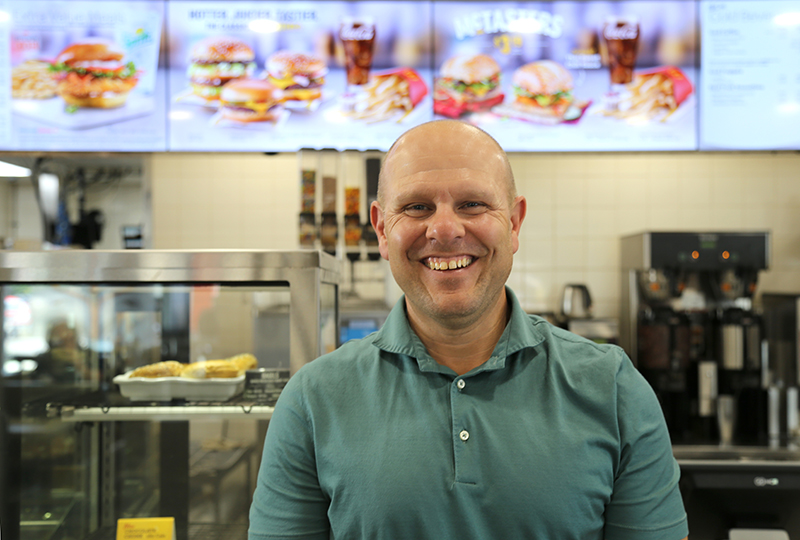 McDonald’s franchisee Jason Lessif is a community-oriented family man with a desire to help others. That’s why when Barb and Paul Hebert spoke about their son’s tragic battle with mental illness at last year’s Country Classic Auction; it struck a chord with Jason.

“I was blown away,” Jason says. “My heart went out to them and it just made me realize that we have to do something as a community. So I put my hand up, and a whole bunch of guys at my table put their hands up, and we donated. It was an unreal moment.

It was serendipitous that Jason and some of his fellow McDonald’s owners were in the room. Having never been to an event for London Health Sciences Foundation before, he decided to attend at the last minute. That snap decision was the catalyst that led to a strong partnership between McDonald’s annual charity day, McHappy Day, and LHSC’s First Episode Mood & Anxiety Program (FEMAP). Proceeds from McHappy Day are supporting both FEMAP and Ronald McDonald House for three years, with the first year already surpassing expectations. 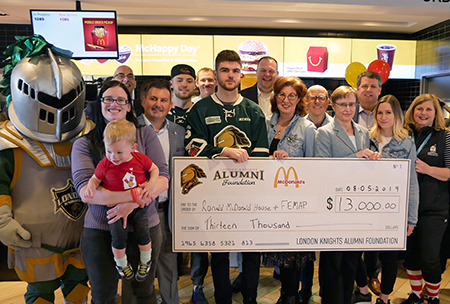 Jason had for a long time wanted to do something to help people who were experiencing mental illness, especially after he sold his family’s McDonald’s in Tillsonburg and became the owner of four restaurants in London, which opened his eyes to the extent of how many young people in the city were suffering. After he heard about FEMAP, he realized he had found his cause of choice.

“More than 75 per cent of McDonald’s staff here in London fall within the age range that FEMAP serves,” he says. “Every day I hear about mental health. I can't tell you how many times I have had one of my managers come to me and say this staff member is going through some tough times whether its suicidal thoughts, anxiety or depression."

To help educate and raise awareness among his staff, Jason’s managers take a two-day mental health first aid course, which he says has really helped them be able to pick up on the first signs of mental illness and provide help — whether it’s through time off, access to services, or simply providing a listening ear.

Jason’s experience with mental illness goes back much further. When he was in his twenties, Jason’s best friend went from one day being the life of the party — outgoing, gregarious, and driven — to quiet and reclusive. Even when their group of friends would all get together, it was clear his friend was suffering.

One day, Jason happened upon an article in the Toronto Star that listed 10 questions to help people assess their mental well-being. For those who scored high on the questionnaire, there was a number to call to help get connected to a psychiatrist. Jason immediately phoned his friend and asked him the questions. Sure enough, nearly every question applied to his friend.

“He went to therapy and got medication, and the next year, he went to the U.K. where he received his MBA and met his future wife,” Jason says. “He’s been doing well ever since and I just think that worked out so well because he got the right help at the right time.”

It’s that kind-of prompt delivery of care that FEMAP aims to achieve — to get youths lives back on track before they are potentially derailed by mental illness. Yet the long waitlist is currently preventing FEMAP from achieving timely care.

When Jason and his fellow London McDonald’s co-owners, Paul Desalaiz, Gord MacLeod and John Simioni – who all have children and teens themselves – met with FEMAP founder Dr. Elizabeth Osuch, it was evident what they needed to help with.

“After the meeting, Paul said ‘It sounds like we need to help get their hours extended and get them some more help.’”

Through its partnership with McDonalds, FEMAP will be expanding services to help more youth, quicker.

Jason and his fellow owners are excited to see how FEMAP will evolve over the next few years to help meet the growing need in the community.

“There are no quick fixes when it comes to mental health,” Jason says. “But what we can do is be understanding, be compassionate and support the services like FEMAP which are making a real difference in lives of youth.” 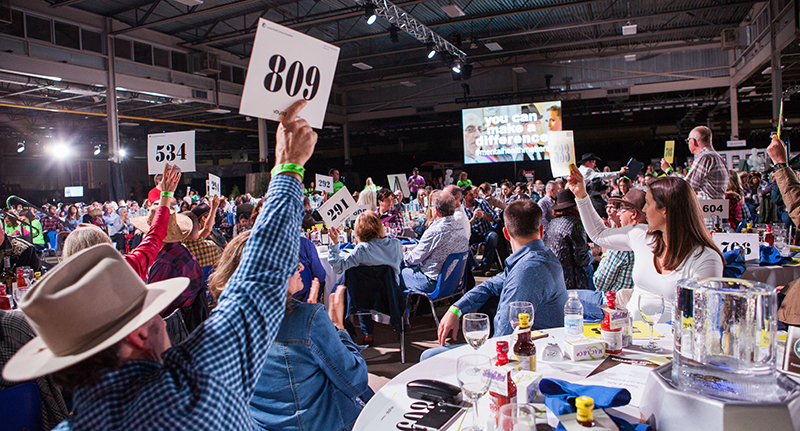