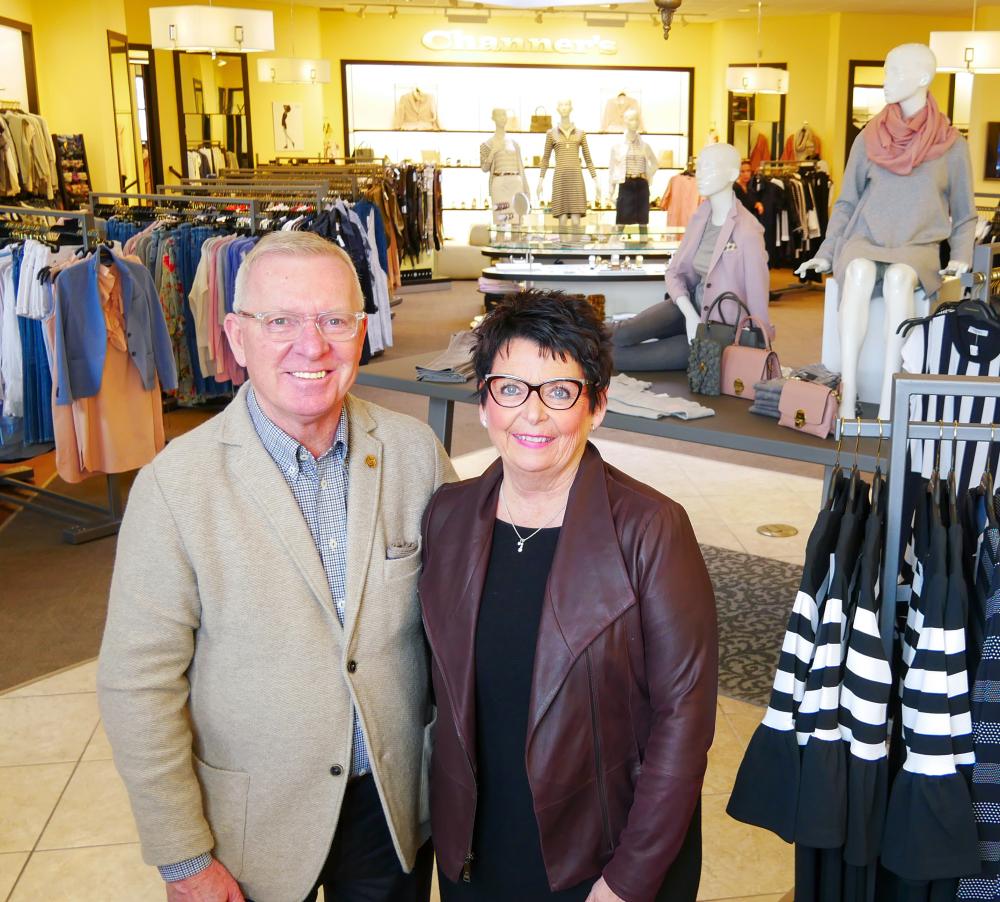 Ovarian cancer is one of the most lethal cancers for women. Symptoms are vague and the lack of reliable early detection is why it’s known as “the silent killer.”

Peter and Trudy Channer know this all too well.

Nearly 20 years ago, Peter’s sister Mary passed away from the disease at the age of 37, leaving behind two young daughters. Two years later his brother’s daughter Sara, 20, lost her battle with ovarian cancer as well.

“Mary was his only sister which is tragic in itself, but then to lose your niece to the same disease, it’s something we really didn’t think would happen,” says Trudy.

Knowing the devastating impact ovarian cancer had on their family and that 2,800 Canadian women are diagnosed in Canada each year with the disease, Peter and Trudy wanted to do something to help, and to honour those they lost.

“At the end of the first show we were invited to present a cheque at LHSC. When we did I got to meet researchers Dr. Trevor Shephard and Dr. Gabe DiMattia. I was just so thrilled with the idea that the money was literally going to their hands and I knew these people were going to invest it in our hospital, in our city,” said Trudy.

When the fashion show ended its run in 2013, the Channer’s desire to support the cause didn’t stop.

“We’ve lost customers and we’ve continued to lose someone over time to [ovarian cancer]. So for us we thought this is what we should put the bones of our investment into,” Trudy explains.

In addition to donating and participating in many other fundraising events, in 2017 Peter and Trudy, along with other individuals, donated $200,000 towards purchasing the IncuCyte Zoom. This cutting-edge technology analyzes dozens of cancer cells and has already saved the research team months of time and hundreds of dollars in meticulous research by performing complex analyses in just days. More importantly, it’s allowed them to apply their research directly to patient care in real time.

“We were proud of the work that was coming out of [LRCP] for research and seeing how enthused Trevor and Gabe were for what they were doing, it was intoxicating. You feel like you just want to help,” Trudy describes.

Although ovarian cancer remains one of the top five most fatal diseases for women, Peter and Trudy are optimistic that one day their efforts will have a larger, more positive impact for future generations including their daughter, daughter-in-law, three granddaughters and many nieces. This is what continues to drive their passion for the cause after so many years.

They also hope that through their efforts they have inspired others to give back to something they are passionate about.

“Aside from knowing that you’re doing something wonderful, it can be a feel good moment in yourself,” says Trudy.