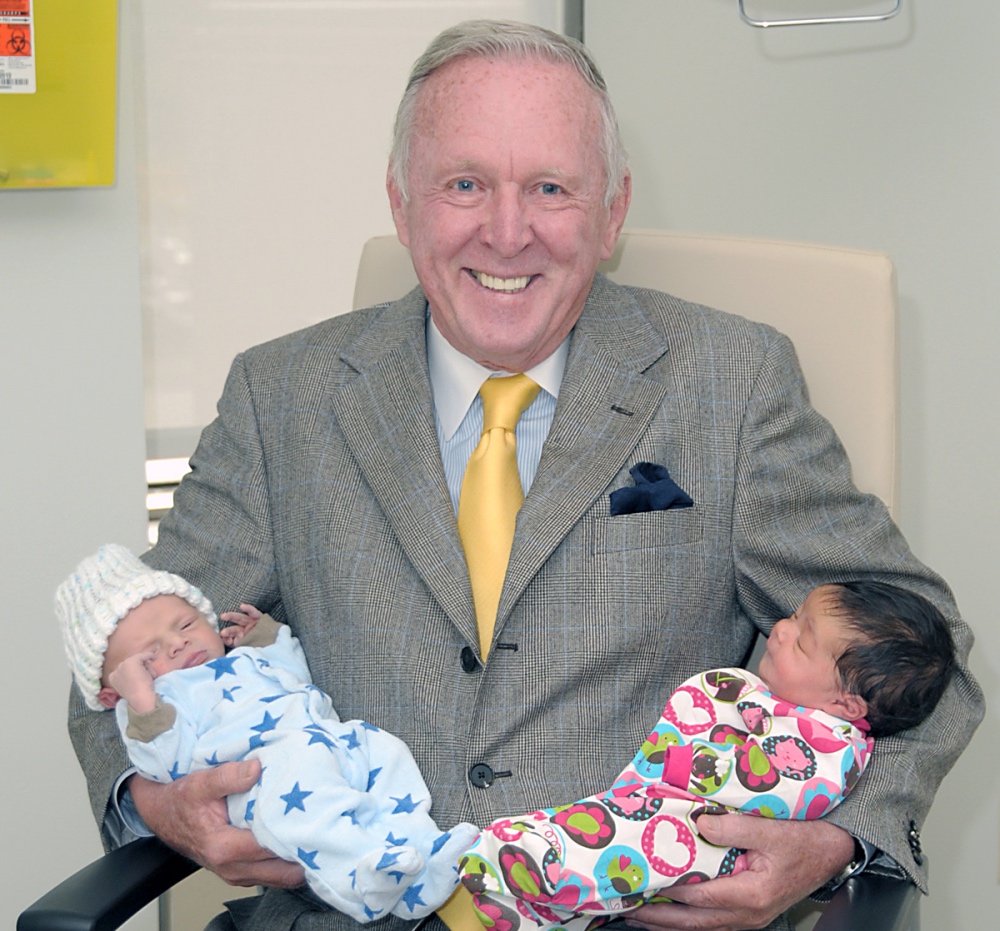 Philanthropist Terrence Donnelly’s impact on health care in London and throughout Southwestern Ontario is nothing short of extraordinary.

On June 30, 2014, the Right Honourable David Johnston, Governor General of Canada, announced 86 new appointments to the Order of Canada - including philanthropist Terrence Donnelly, whose impact on health care in London and throughout Southwestern Ontario is nothing short of extraordinary.

When the 10-storey, state-of-the art North Tower at London Health Sciences Centre's (LHSC) Victoria Hospital opened on September 27, 2011, it became the new home of women's and paediatric care in London - and also stood as the realization of a dream the Donnelly family had been working toward for over a decade.

In 1999, in celebration of his mother Grace's 90th birthday, Terrence pledged $5 million through London Health Sciences Foundation (LHSF) in support of women's care at LHSC. In recognition of his generous gift, the home of women's care on levels four and five of the North Tower became known as the Grace Donnelly Women's Health Pavilion. Although Grace passed away in 2007, the pavilion that bears her name will provide outstanding, family-centred care to women and children in our community for generations to come.

Beyond his support of the Grace Donnelly Women's Health Pavilion, Terrence's generosity also made it possible to open a specially designed waiting room named in honour of the inaugural Executive Director of LHSF, the late Martha Curgin. Opened in 2011, the waiting room includes upgrades such as a coved ceiling, special furnishings and flooring and an electric fireplace - offering a warm and beautiful space for patients and their families.

Through his personal generosity and leadership at the Colonel Harland Sanders Foundation, Terrence was also instrumental in enhancing health care for our region's children and families through the Sanders Foundation's $1 million gift to support inpatient care at the new Children's Hospital.

Born in London, Terrence received his Honours degree in Business Administration from Western University in 1957 before graduating from Osgoode Hall Law School in Toronto and starting his own law firm. He believes in sharing his success and making a difference in the lives of those less fortunate.

"Good health is man's greatest treasure, and without it, nothing else matters. My goal in my retirement years is to support those institutions of excellence and individuals that have the capacity and the ability to make a difference in the lives of those with poor health. The only way this can be achieved is through research, research and more research," says Terrence.

Those beliefs and a lifetime of philanthropy have led to not only the Grace Donnelly Women's Health Pavilion, but also the Terrence Donnelly Heart Centre and Donnelly Day Surgery Centre at St. Michael's Hospital in Toronto as well as the Mississauga Academy of Medicine and the Donnelly Centre for Cellular + Biomolecular Research at the University of Toronto - and now to the Order of Canada.

One of our country's highest civilian honours, the Order of Canada was established in 1967, during Canada's centennial year, to recognize outstanding achievement, dedication to the community and service to the nation - all traits exemplified by Terrence. On behalf of everyone at LHSF, we offer our heartfelt congratulations on an honour richly deserved.